Windows Experience, a developer platform and experience creation company from Microsoft, held its third developer conference, Windows 10 Developer Conference (WDC), last week in Seattle. The conference featured more than twenty speakers including eighteen Microsoft experts and ten from the software development and community. The session was well received by the audience and the business community. After a presentation by Chris Capra, corporate vice president for the Windows division at Microsoft, there were two main tracks – Application development and the Windows Developer platform. The topics discussed included how the two can work together and what the new tools will enable developers to do. Most of the time, there were hands on activities going on from demos to workshops to educational sessions to group discussions. 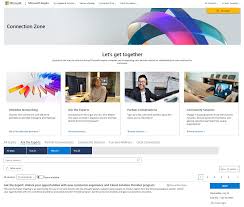 The second track was comprised of five Windows 10 training sessions including: Windows 10 corporate launch – the story so far, application development for the cloud, application performance, networking, and data recovery and system management. The topics for these sessions were very similar to the first track, with the only change being that the sessions took place in a data clinic. A data clinic is simply a session that combines application and programming sessions with a one-on-one consultation with a Windows expert. It is used as an infrastructural support for Windows and it helps present to the attendees technical problems with the system as well as tips and tricks regarding system administration and troubleshooting.

The third track, which was held in New York, featured twenty-four applications developers who had the chance to discuss the new technologies coming from Windows 10. These were developed by the application and gaming teams in Microsoft. The topics discussed included how to get the most out of your system and how to build a user interface that is “just right.” The conferences were held in a partnership with Yahoo and Yelp and brought a new set of eyes to how these two companies can work together to provide their audience with a great user experience.

The fourth and last session of the conference included information on the future of cloud computing and how it may impact Windows in the future. The information came from Terry Lenz, chief digital officer at Microsoft and a former CIO of the company. Lenz spoke about the possibilities of running a hybrid platform that mixes desktop and cloud computing. He also looked at how this will affect the company’s future growth and leadership in the technology realm. The general event info session also saw demos from various companies that are using Microsoft technologies in their cloud-based services.

The fifth and last session of the symposium was a one-on-one session with Bill Gates. Gates shared his thoughts on how his career has become more challenging and what it’s like to work at Microsoft now that he’s stepping aside as CEO. During the talk, Gates discussed the challenges of designing the next version of Windows. As per reports, Microsoft is working on a new system that will replace the current Windows XP operating system. During the discussion, Gates discussed how he feels the new Windows could help boost the company’s revenue.

These are the primary sessions of the symposium organized by Microsoft Research Europe. There were many other sessions, workshops and breakout sessions that the organizers did not cover. This gives you an idea on the breadth of the topics covered in the symposium. If you are planning to attend a Microsoft workshop or a Windows developer event, make sure you consider taking up one of the sessions on ‘Data Visualization and Analytics for the Cloud’, provided by the symposium organizers and the Microsoft Research European office.